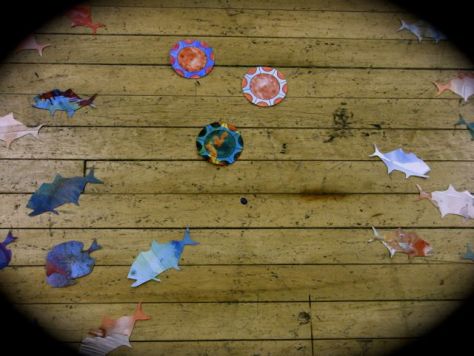 Many fish, swimming around in a variety of environments, this surrealistic world of the imagination comes to life in stop-motion animation, a work in progress, you can see a sample here

So much more to portray … these haunted fish flourish in the purgatory between sea and sky, transformed by electro-magnetic fields into emergent creatures beyond their own substance, evolving as a mutant species adapted to a newly-transformed habitat, in the not-so-distant future, but they have been there before and will endure.

Accustomed to the fluid dynamics of a habitable buffer against death by blunt instrument, these fish approach the razor’s edge, the raw collapse of the technocentric universe above, hoping for a narrow escape, guided by intuition, confident in their ability to continue swimming, because that is all they know.

Chemical engineering leaves a layer of toxic sludge atop the feeding grounds, blistered fish nibble at a melange of transformative pharmaceuticals alien to their metabolism, what does not kill them perhaps makes them stronger.

The quantum flux vortex is manifested in the visible spectrum, camouflage confounded, currents interrupted, upwelling water meets with molten plasma in a chaotic sphere, the natural boundary lines blurred in a prolonged flash of unnatural brilliance.

A gleaming intervention, shared reflected glory, an environment at once murky and sublime, magnetic outreach transcending boundaries of species and tribe, buffeted by the same currents these fish flow in the same direction, unconcerned with destiny, always in the now.

In the sophisticated glow of unfathomable quantum energy fields, mutant fish survive and evolve, their flesh transformed into new substance, empowered perhaps to resist further alterations to their variable habitat, still simply directed by their inherent instincts and devoid of the need to understand.

Companions wander through their world unfettered as far as we know by schedules or agendas, on a good day they simply stay close and follow the magnetic fields, the currents and the variations in temperature, living free and politically neutral.

Quantum superstrings dredge the radioactive strata under the shimmering sea, as above so below, deep water reflects and resonates with the echoes of unforeseen events.

Dark and languid, drifting in a dreamlike landscape of dancing fish displaced from their depths. 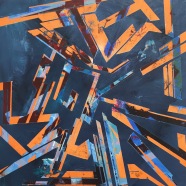 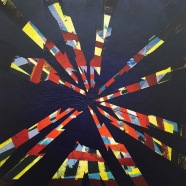 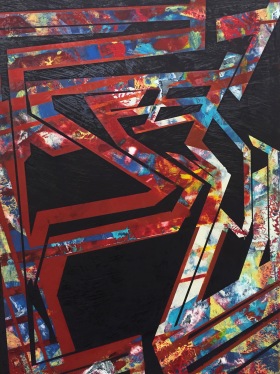 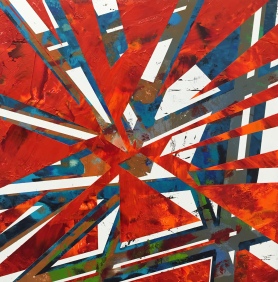 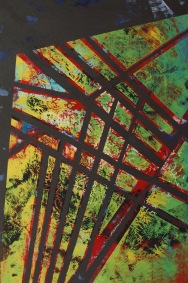